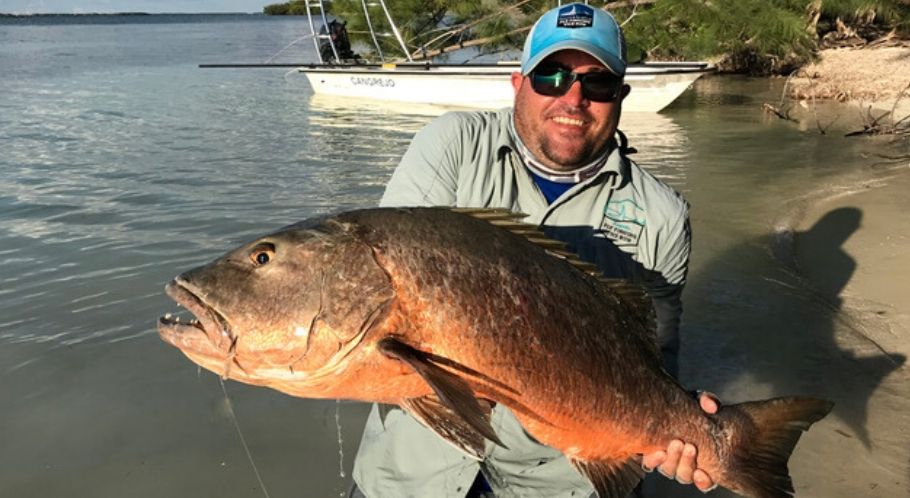 Martin and Jonathan Webster have recently returned from a successful week fly fishing the Zapata Peninsula in Cuba including a monster Cuber snapper from the flats. Please find a detailed trip report below…..

For some time we had been keen to see what Zapata had to offer and how it compared with other Cuban locations we know quite well. Additional intrigue came from Cristian’s promise at the London Fly fair that this is a place where good sized snapper can be seen and caught on the flats. The Tui flight to Varadero was followed by a two hour taxi ride to the boat dock near Playa Larga, where we discovered that the Georgiana had been replaced for the week by the rather larger Jardinas Aggressor so single cabins all round. Hooray! Another hooray came later when we were told that Cristian had asked for all the skiffs to join us the following day, so single skiffs too! The other members of the team were four Americans who were very good company. 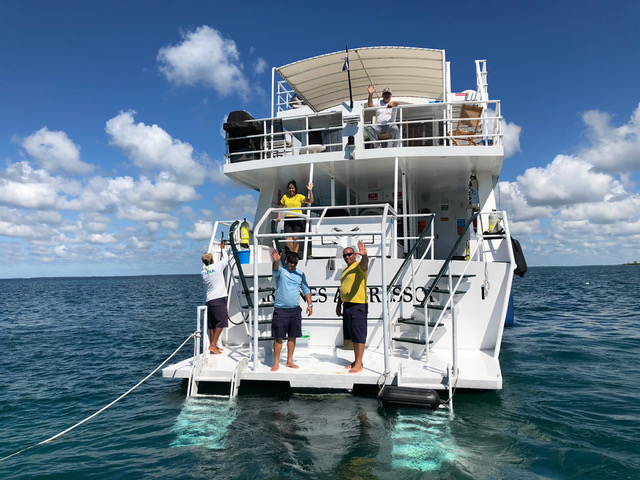 Leaving the dock early on Sunday morning we started fishing at lunchtime and I was delighted to catch a couple of Snook from a beach near the mothership mooring. These are pretty rare catches at Jardinas and Cayo Cruz. As we made our way further down the beach Estaban called out “big snapper, 9 o’clock” As it inhaled my Sardine fly I thought ‘that is indeed a rather big snapper – I very much doubt that we’ll get this one in.’ However, after 20 minutes of pulling as hard as I dare with a 30lb leader, a slight weakening seemed to be evident – from the fish as well as me. We finished the job from the beach, with Estaban eventually pinning the fish down in the shallow water. It was indeed a huge and special fish to catch on a ten weight fly rod, estimated at c. 35 lbs – and it swam off strongly after being released. Cristian’s promise had been comprehensively delivered! 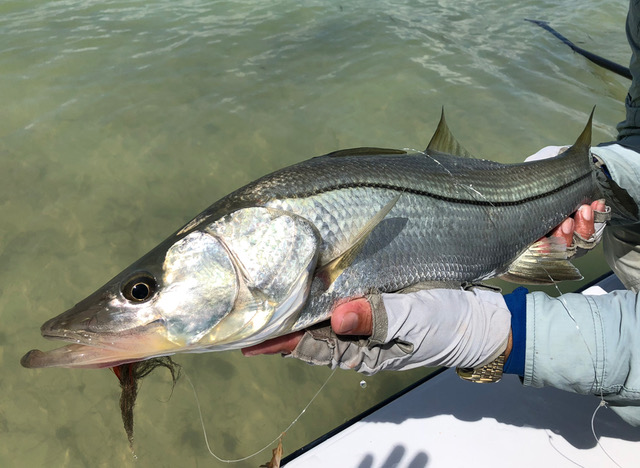 The weather was superb. There was rain – but only after dark – and we probably had less than an hour’s cloud all week. We were there over the full moon and it did appear that the fish weren’t particularly hungry some mornings. However that didn’t stop us catching our share, or more, of fish. In total the six of us accounted for

The water at Zapata is, in many places, dark – as is the bottom, rather different to other Cuban destinations and rather challenging from the fish- spotting perspective. For example, the number of decent shots we got at permit was very low compared with the number of these fish we saw tailing and pushing water in the distance. I think that this may have been exacerbated by the full moon and the time of year. 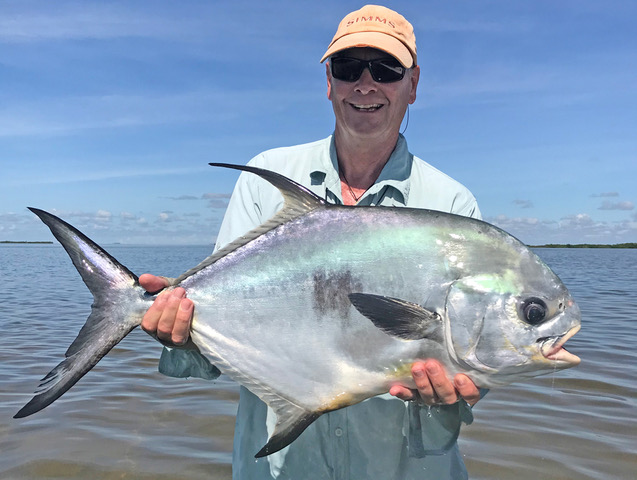 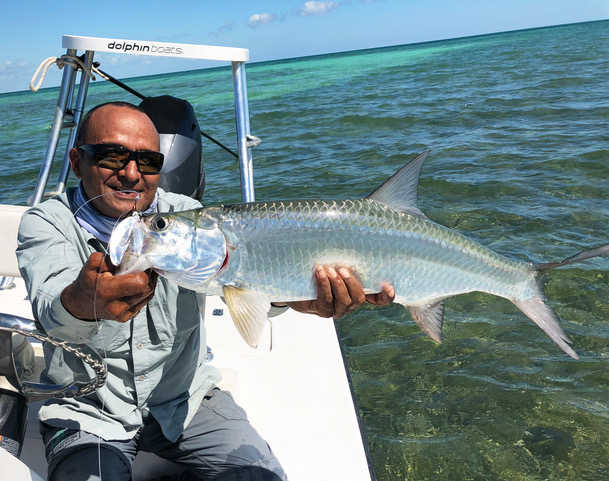 The whole operation was extremely efficient, the guides were all good and the food & service on board was excellent. We also all enjoyed the bird life, of which there seems rather more than elsewhere in Cuba, crocodiles too. And having my lunchtime beer knocked over by an inquisitive iguana was a first.

All in all a very enjoyable week.

FOR MORE INFORMATION ON FLY FISHING THE ZAPATA PENINSULA IN CUBA PLEASE CALL US ON +61(0)499900816 OR EMAIL: travel@flyodyssey.com.au. 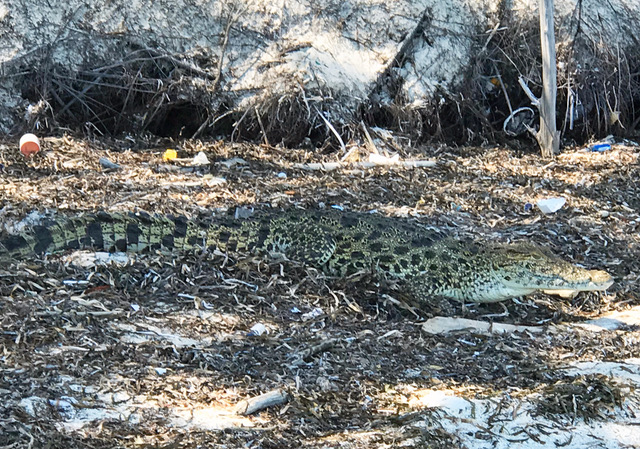 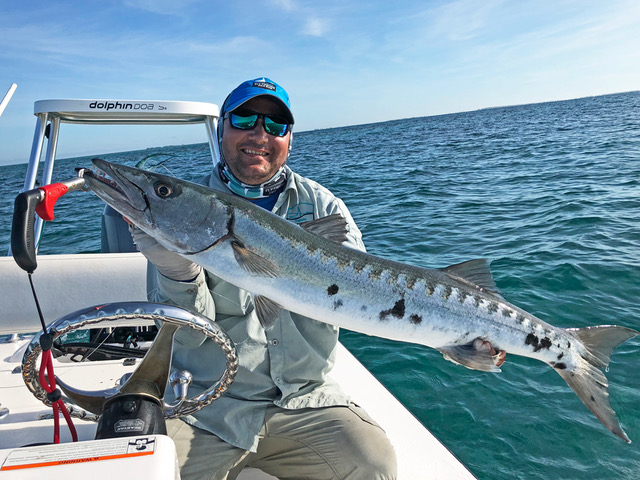