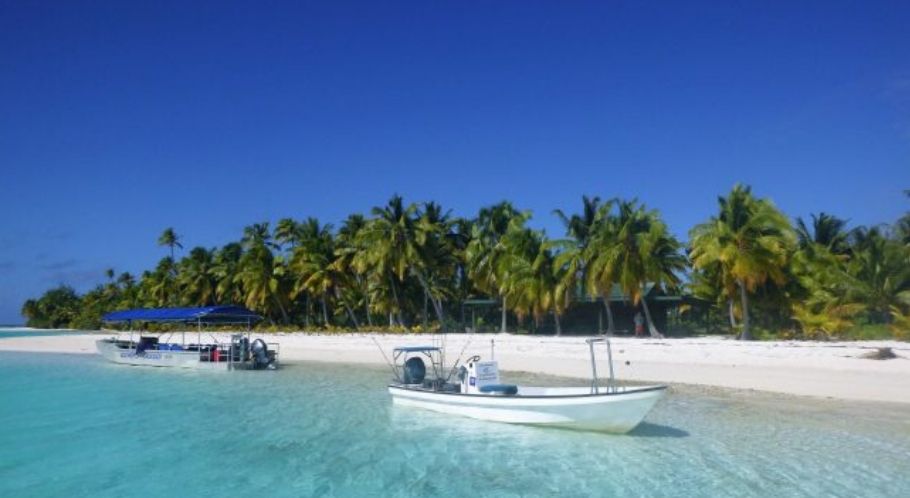 Clients Ray and his wife Sue have recently returned from a 14 day holiday to the Cook Islands..

Having just returned from a week at Aitutaki with my wife Sue, I decided to record a few thoughts for the benefit of next time and/or anyone else planning a trip there chasing bonefish.

Aitutaki is about a 45-minute flight north of Rarotonga in the Cook Island’s group, and considered to be one of the most beautiful coral atolls anywhere worldwide. No argument from me! It certainly is stunning.

The fringing reef forms a triangular shape roughly 12km along each side enclosing a lagoon covering about 70 square kilometres. The Cook Islands and Aitutaki in particular, is regarded as a premium destination to chase bonefish on fly. Not to mention the big Black GT’s cruising around also.. 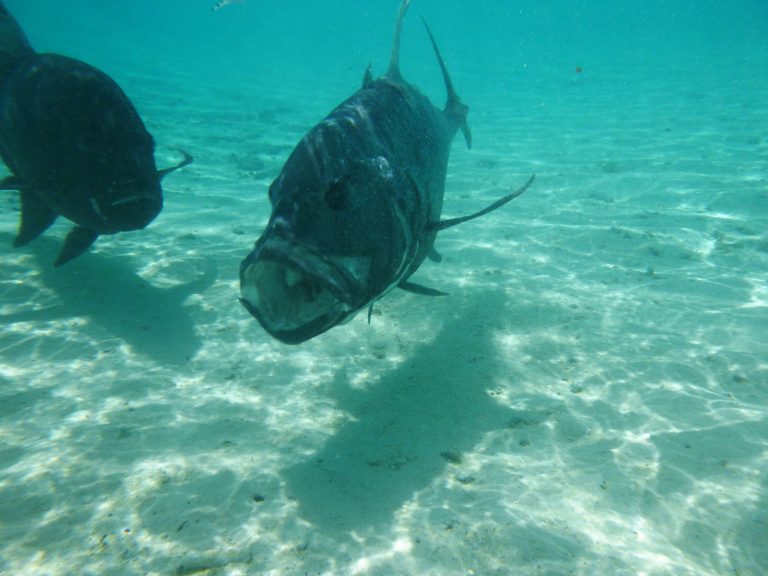 Known locally as ‘Kiokio’, bonefish are undoubtedly one of the great sportsfish on fly, and Aitutaki has a reputation for producing big ones! Fish greater than 10lb are caught regularly and you must fish with a certified local guide. There are a number to choose from, but as popular as it is, you ideally need to book up to 12-months (or more) in advance for peak season times and good tides.

The “flats” at Aitutaki can be anywhere up to 3-4 metres in depth, and the water is s-o-o-o-o crystal clear, the depth is very deceiving. It would be easy to simply step out of your boat into 3 metres of water!

All my previous bonefishing at CXI was with a Sage 6wt outfit and traditional weight-forward floating/sink tip line (Rio tropical bonefish line). I love this outfit, and I took it along even though advised it was it was probably going to be too light for the generally bigger Aitutaki fish. I did catch fish on the 6wt, but mostly I got ‘smoked’, learnt the hard way, and I would urge using a minimum 8/9wt.

I used mostly larger (size 6 and 4) flies, and found the Gamakatsu hooks outperformed the Tiemco, a number of which snapped at the base of the shank/start of the bend. The Gamakatsu hooks retained their sharp points, despite plenty of minor (and some major) coral hang-ups! 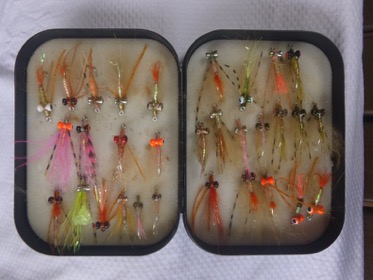 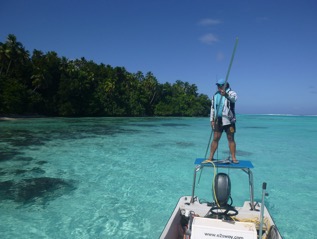 Colour-wise, a bit of orange/tan seemed to work best, with pearl or brass dumbbell eyes (see above), but with a minimum of flash or sparkle, optional rubber legs, and sparse wing dressing (tan raccoon).Standard retrieve is l-o-n-g and very slow draws, not the short, sharp ‘strip-strip-strip’ typical of CXI. This took some getting used to and required reprogramming my brain and hands.

Because the fish will often follow your slow retrieve for some time before deciding whether to take the fly, and being suspicious and cautious, the “take” – if it happens – is often very subtle, and they’re very quick to reject the false offering. Many times my guide told me if I felt a ‘tap, tap’ it was the fish spitting-out the fly, rather than taking it – and hence, too late!

Concentration and timing are critical, and on Day 1 of fishing my eyes were strained ‘till they felt like they were bleeding, and I did not FEEL a single ‘take’ although my guide assured me fish were “on my fly” and taking it. 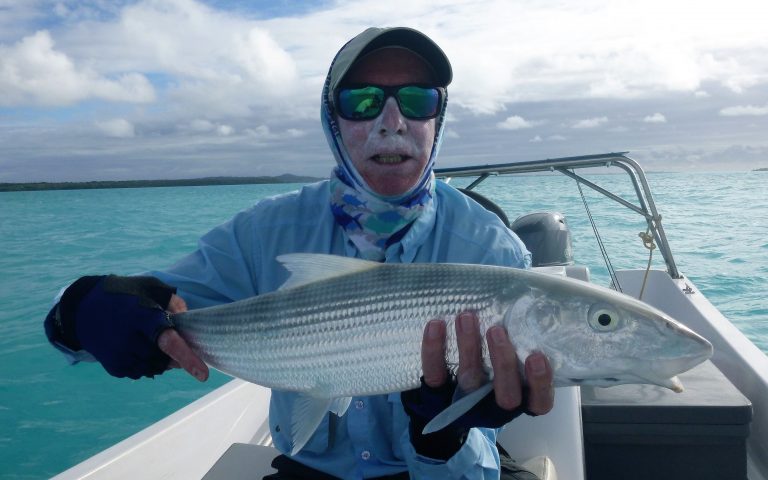 Each day I improved, and I did start to connect with fish from Day 2 onwards, including some real crackers up to around 4 -> 4.5kg. Even the smallest fish landed were bigger than any I’d caught previously at CXI, and some nice Trevally. I also tried some sport-fishing -hooked and lost a number of big GT’s, Bluefin, sweetlip/emperor species, big triggers, and a big Napoleon Wrasse!

On the way home we spent several days in Rarotonga and New Zealand to “unwind” which was a great way to end the trip. 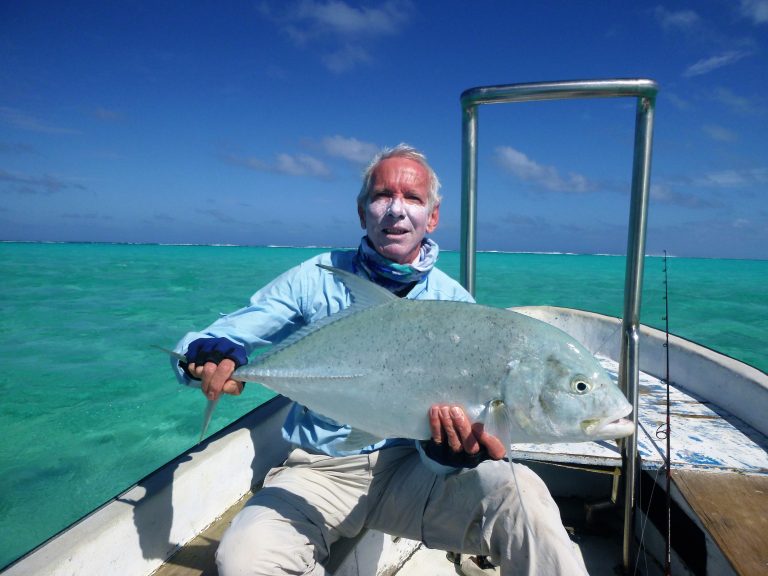 In closing, a big ‘thanks’ to James at Fly Odyssey Australia for organising this trip for us.